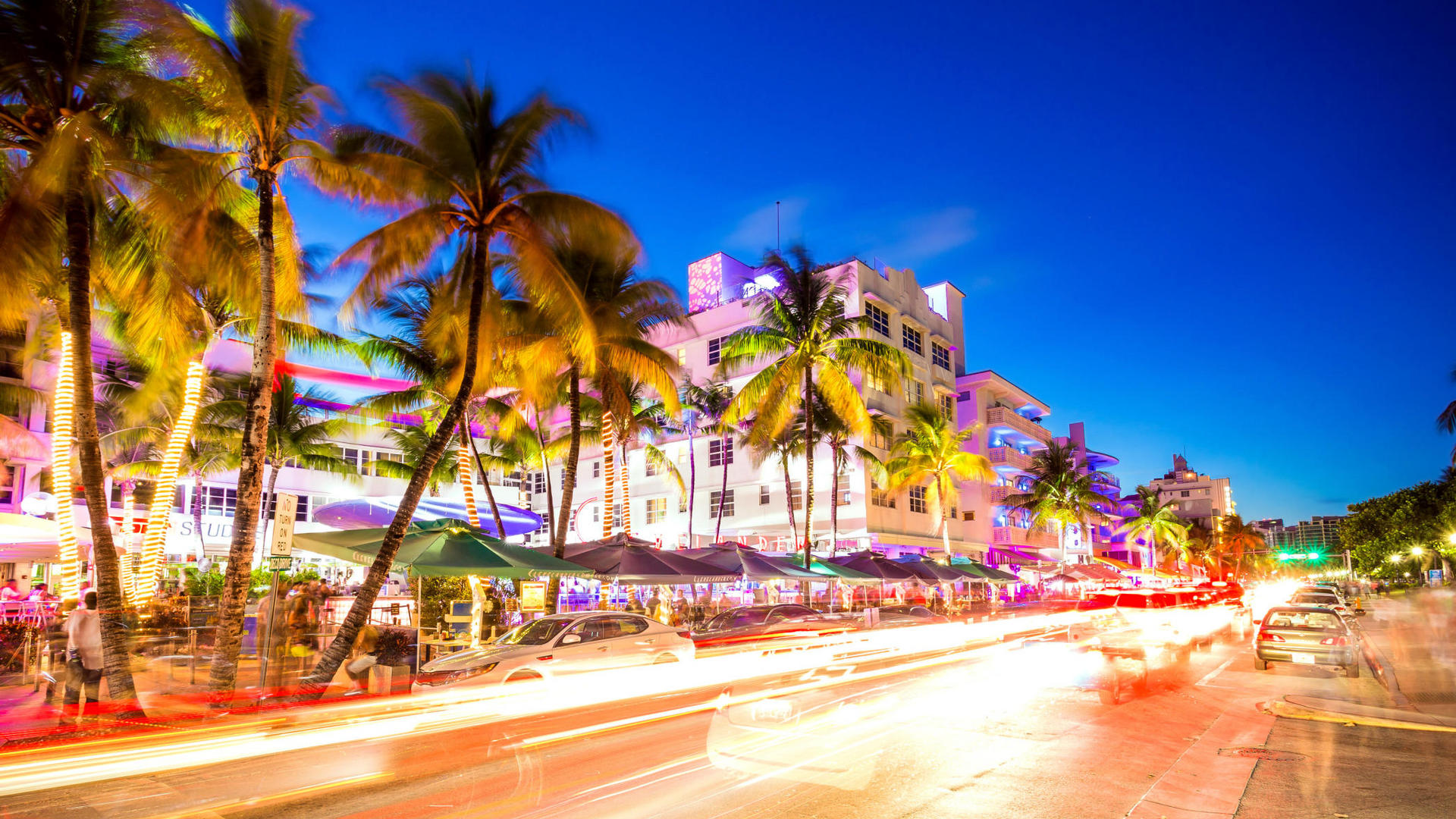 The Woodlands (Houston), Texas, March 2021 … Burt Cabañas, founder and chairman of BENCHMARK®, a global hospitality company, has been named chairman of the Florida International University (FIU) Foundation. A 1976 graduate of FIU’s Chaplin School of Hospitality & Tourism Management, Mr. Cabañas served on FIU’s Chaplin School Industry Advisory Board from 2002 – 2014 and in the role of Chairman from 2009 – 2014. He joined the FIU Foundation Board in 2014, serving as vice chair from 2018-2020, and becoming chairman this year.

"It is an honor to serve in this capacity and give back to an industry and to a university that has been incredibly important in my life," said Mr. Cabañas, "I'm not aware of another industry that can enable an immigrant, through hard work and determination, to rise from lifeguard to building one of the nation's largest independent hospitality management companies, and help launch a new industry--conference centers. Forty-four years ago I graduated from FIU's Chaplin School of Hospitality and Tourism Management and 40 years ago I started Benchmark Global Hospitality. I put much of what I learned at FIU to work in building my career and our company, and helping establish the global conference center industry and the association that supports it—the International Association of Conference Centres (IACC)."

Many years ago, Burt Cabañas was asked to the join the Chaplin School's Industry Advisory Board of Directors and six years ago to join the FIU Foundation. “I leapt at the opportunity to give back to FIU and am immensely honored to have been appointed Chairman of the FIU Foundation Board. Our hope is to grow the Foundation's resources substantially so many more students have the opportunity to receive the best education possible, and go out into the world to actively contribute to the development of the hospitality industry, the meetings industry, medicine, business, science, engineering, or any industry they choose to be a part of. This is our goal."

“My work with the FIU Foundation really is the culmination of my career,” said Burt Cabañas. “To be able to support the next generation of meeting, event and hotel professionals -- particularly those with few financial resources but a strong drive for career success -- is immensely important and satisfying to me.”

Mr. Cabañas’ fellow hospitality executive, Eric Pfeffer, now president of The Pfeffer Group in North Miami, agrees, demonstrating the importance supporting FIU’s students’ financial needs with active involvement in the Rocco Angelo Endowment and support of the FIU Foundation. Mr. Pfeffer points to career mentors including and especially Rocco Angelo as critical to his own highly distinguished hotel career and reflected on the importance to current FIU students of all social-economic backgrounds.

"Rocco was instrumental in my career choices," said Eric Pfeffer. "After graduation from FIU, I was contemplating an opportunity to join a management training program with Howard Johnson's flagship property, and simultaneously an opportunity came my way for a similar program with Westin at New York's prestigious Plaza Hotel.” Mr. Angelo advised Mr. Pfeffer to consider pursuing career “opportunity verses glamour”. He said that someone would have to be the president of Howard Johnson one day. His wisdom helped guide Eric Pfeffer in that decision and in 15 years he was indeed president of the Howard Johnson organization, subsequently becoming chairman of Wyndham Worldwide. “Still on the FIU staff, Rocco Angelo, his Endowment and the FIU Foundation will benefit students immeasurably going forward.”

Burt Cabañas has a solid foundation of leadership experience to draw on for his new role as chairman of the FIU Foundation, having founded Benchmark Global Hospitality in 1980, which is today recognized as a global leader in the management and marketing of conference centers, hotels and resorts. The company has grown to 80 luxury properties in the United States and internationally. Mr. Cabañas began his hospitality career as a teenager, working as a lifeguard for Miami Beach’s Shelborne Hotel, having immigrated from Cuba with his mother just a few years prior.

Additionally, Burt Cabañas is a founding board member, past president, and active supporter of IACC, the global conference industry's thought leader on the meeting experience.  In 1988, IACC presented him with the Mel Hosansky Distinguished Service Award in recognition of his outstanding service to the association and to the conference center industry globally.

Burt Cabañas was previously honored by Florida International University with the FIU Torch Award as well as the FIU Medallion Award, recognizing his active and long-term involvement as chairman of the Chaplin School of Hospitality & Tourism Management Industry Advisory Board. The FIU Alumni Association honored him with the prestigious “Alumnus of the Year Award”. Mr. Cabañas individually and through his company is an active supporter of initiatives designed to assist and recognize US Military personnel and their families, including the Texas Marine Medal of Honor Fund.  He is the author of Benchmarking: A Life in Business.

Florida International University's Chaplin School of Hospitality & Tourism Management is distinguished as one of the top hospitality programs in the United States and the world. It is ranked in the top 50 globally, #1 for its online program, #1 in the Southeast region of the U.S., and it is best in value. More than 2,000 undergraduate and graduate students from across the nation and around the globe choose FIU for its outstanding reputation, advantageous campus locations in Miami, expert faculty, rich curriculum and fast-track career opportunities in the international hotel, foodservice and tourism industries. In August 2006, FIU unveiled the first U.S. school of hospitality and tourism in Tianjin, China. The Marriott Tianjin China Program, ranked #1 in China, is FIU's largest international program, with a capacity for up to 1,000 students. For more information about Florida International University's Chaplin School of Hospitality & Tourism Management, visit http://hospitality.fiu.edu/.

Florida International University is Miami’s public research university, focused on student success. According to U.S. News and World Report, FIU has 42 top-50 rankings in the nation among public universities. FIU is a top U.S. research university (R1), with more than $200 million in annual expenditures. FIU ranks 15th in the nation among public universities for patent production, which drives innovation, and is one of the institutions that helps make Florida the top state for higher education. The Next Horizon fundraising campaign is furthering FIU’s commitment to providing students Worlds Ahead opportunities. Today, FIU has two campuses and multiple centers, and supports artistic and cultural engagement through its three museums: Patricia & Phillip Frost Art Museum, the Wolfsonian-FIU, and the Jewish Museum of Florida-FIU. FIU is a member of Conference USA, with more than 400 student-athletes participating in 18 sports. The university has awarded more than 330,000 degrees to many leaders in South Florida and beyond. For more information about FIU, visit www.fiu.edu.

For the latest Coronavirus updates from the University, please visit FIU Coronavirus for more information.

About BENCHMARK®, a global hospitality company.

BENCHMARK®, a global hospitality company, is a leader in the development, management, and marketing of independent, soft branded, and experiential hard branded resorts, hotels, and conference centers.  In addition to the company’s award-winning full service Benchmark Resorts & Hotels, its lifestyle and luxury Gemstone Collection, and its industry-leading Benchmark Conference Centers. BENCHMARK is also an investor in etc.venues, a leading provider of contemporary city centre venues for meetings, signature events, and conferences. Benchmark's combined portfolio features more than 80 unique projects across three continents. The company is passionately committed to delivering personal, inspiring, and memory-making experiences, driving total revenue and profitability, and cultivating an award winning, “Be The Difference” culture for all its employees.  Benchmark, is based in The Woodlands (Houston), Texas, with offices in London, England; Miami, Florida; Park City, Utah; Scottsdale, Arizona; New Brunswick, New Jersey; Seattle, Washington; and Tokyo, Japan. www.benchmarkglobalhospitality.com To become a fan on Facebook, visit www.facebook.com/BenchmarkResortsandHotels, www.facebook.com/GemstoneHotelCollection. Follow us on Twitter at www.twitter.com/BenchmarkHotels, www.twitter.com/GemstoneHotels , on Instagram at www.instagram.com/benchmarkresortsandhotels, www.instagram.com/gemstonehotels, and on Pinterest at www.pinterest.com/benchmarkhotels/gemstone-hotels. At LinkedIn, https://www.linkedin.com/company/benchmark-a-global-hospitality-company/